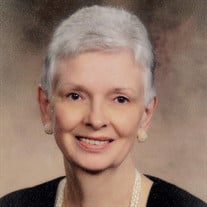 Barbara Newell, the oldest daughter of Lester and Ruth (Kroeger) McMorris, was born in Omaha, Nebraska on October 17, 1934. She grew up in Woodward, Iowa graduating from Woodward High School with the “Class of 1952”. Mrs. Newell then attended Iowa Lutheran School of Nursing in Des Moines graduating in 1955. She was employed with Iowa Lutheran as a pediatric nurse until 1958. On December 18, 1955, Barbara was united in marriage to Gary Newell. She left nursing to raise her boys to school age while living in Des Moines, Iowa City, Woodward and finally Humboldt. While living in Humboldt, Barbara became one of the first Registered Nurses to work at Humboldt County Memorial Hospital in 1970. She worked at HCMH for 24 years with most of that time spent as night shift supervisor. Barbara retired in 1995 due to health concerns. Barbara learned from her instructors the concept of good patient care and she never wavered from this principle. In doing so Barbara earned the respect of attending physicians, colleagues and the patients whose care she was responsible for. The great joys of Mrs. Newell’s life were her children, reading, nursing, traveling and the produce raised from Mr. Newell’s garden. Their road trips were especially nice particularly those with friends to Branson. Barbara passed away Thursday, February 24, 2022, at HCMH in Humboldt at the age of 87 years. She was preceded in death by her parents and son, Kent. Those who have shared the joys of Barbara’s life are her husband of 66 years, Gary Newell; son and daughter-in-law, Thomas and Lisa (Samuels) Newell of San Clemente, California, daughter-in-law, Diane (Westoby) Newell of Henderson, Nevada, and son and daughter-in-law, Brian and Anne (Lundberg) Newell of Fort Dodge; brother, Don (Karen) McMorris of Tularosa, New Mexico, sister, Joan Bullard of Merritt Island, Florida and sister, Beverly Wilson (Wayne) of Macksburg; eight grandchildren and five great grandchildren. Visitation will be from 2:00 - 4:00 p.m. on Sunday, February 27, 2022, at Mason- Lindhart Funeral & Cremation Services in Humboldt. www.masonlindhart.com

Barbara Newell, the oldest daughter of Lester and Ruth (Kroeger) McMorris, was born in Omaha, Nebraska on October 17, 1934. She grew up in Woodward, Iowa graduating from Woodward High School with the &#8220;Class of 1952&#8221;. Mrs. Newell... View Obituary & Service Information

The family of Barbara A. Newell created this Life Tributes page to make it easy to share your memories.

Barbara Newell, the oldest daughter of Lester and Ruth (Kroeger)...

Send flowers to the Newell family.