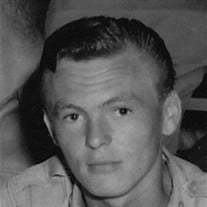 DATELINE HUMBOLDT Gene Edward “Ed” Hamilton, 85, of Humboldt passed away July 26, 2016 at the Paula Baber Hospice Home in Fort Dodge. Funeral services will be 3:00 PM Saturday July 30 at Zion Lutheran Church in Humboldt, Rev. J. K. Raether and Rev. Aaron Flatau officiating. Visitation will be from 2:00 to 3:00 Saturday at the Church. The Mason-Lindhart Funeral Home of Humboldt is assisting the family. Gene Edward Hamilton was born March 2, 1931 in Tipton, IA, the eighth of nine children born to William Fordyce Hamilton and Frieda Elizabeth Rixe Hamilton. He grew up and received schooling in Tipton, graduating from high school in 1949. After graduating, Gene enlisted in the U.S. Air Force. He served during the Korean War with the 623rd Air Control & Warning Squadron of the 20th Air Force. He attained the rank of Sergeant which he held until his discharge in 1954. Gene and Rosemary Kelley were united in Marriage on June 5, 1954 at Oxford Junction, IA. The couple later moved to Iowa City while Gene completed his education at The University of Iowa. Two children were born to the union; a son, Griffin, and a daughter, Lynne. Gene began his teaching career after graduating from the U of I in 1958. He taught and coached at Calamus, George, and Humboldt. During his career he coached football, boys and girls basketball, track, baseball, and softball. He had an outstanding record as freshman football coach at Humboldt, where he fielded several undefeated teams. Gene retired from teaching in 1993. Gene was a sports enthusiast. He liked to golf and play tennis and was a lifelong fan of the Cleveland Browns and the Cleveland Indians. He was also an avid reader, especially British spy novels. Remaining to cherish his memory are his wife, Rosemary, son Griffin (Jill) Hamilton of Dubuque, daughter Lynne (Bart) McGivern of Van Horne, IA, grandchildren SSGT Geoffrey (Leslie) Hamilton, Patrick Edward (Carly) McGivern of Dysart, IA, Michael (Bridget) McGivern of Shawnee, KS, and Anne (Travis) Turner of Dysart. Also surviving are great-grandchildren Ashleigh, Dylan, Brady, Bentley, Elizabeth, and Jackson. Preceding Gene in death were his parents and eight siblings..

The family of Gene Edward Hamilton created this Life Tributes page to make it easy to share your memories.

Send flowers to the Hamilton family.